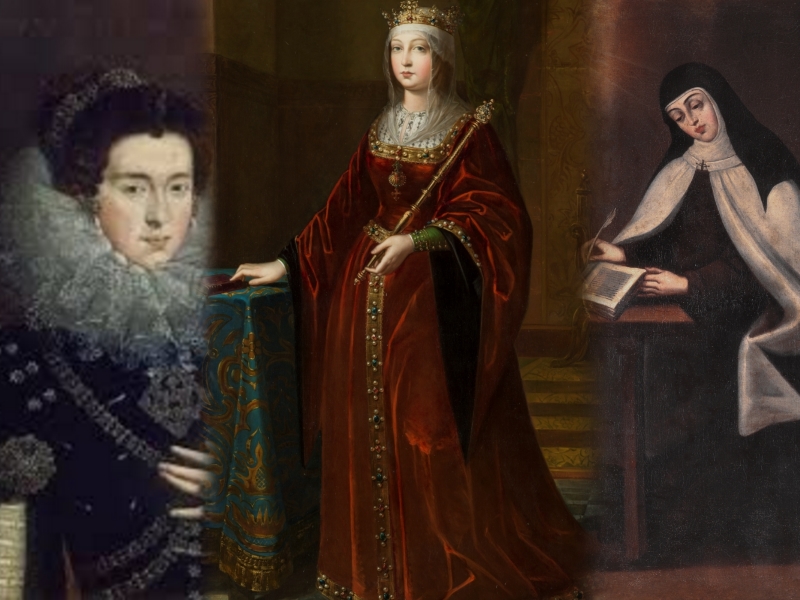 This route aims to recover and vindicate the prominence that many Toledo women had in history is one of the objectives of the route ‘Illustrious Women’.
In this review, the Jewish Raquel, lover of Alfonso VIII, the princess Galiana or Isabel and Agnes of Castile, bastards of Enrique II and buried in Santa Clara la Real, share prominence with the Toledo saints Leocadia and Casilda, or even with Santa Teresa de Jesús who being the granddaughter of a Jewish convert who fled to Ávila, he returned to Toledo with Luisa de la Cerda, Duchess of Medinaceli. ”
Arriving at st. Vincent’s Square, the Inquisition will be addressed and it is explained why the courts of the Holy Office accused more women than men. For example, in the XVII 163 women were executed compared to 54 men, accused of witchcraft or sorcery, being mostly uneducated women, widows or prostitutes, accused of heresy”
It also recovers the passage of Queen Isabel ‘the Catholic’, or empress Isabella of Portugal, wife of his grandson Emperor Charles V of Germany, who spent almost all his life in Toledo and died in the Palace of Fuensalida. The role of the Toledo María Pacheco in the War of the Communities, or the relationship of Catalina de Salazar, wife of Miguel de Cervantes, and Jerónima de las Cuevas, woman and muse of El Greco, with the city make up this walk in the same way, in which the visit that women of the temple of Marie Curie is also remembered, Clara Campoamor or Ava Gardner performed the city.